We Must Honor the Lives of Hispanics and Latinos Lost to Sept. 11 | Opinion 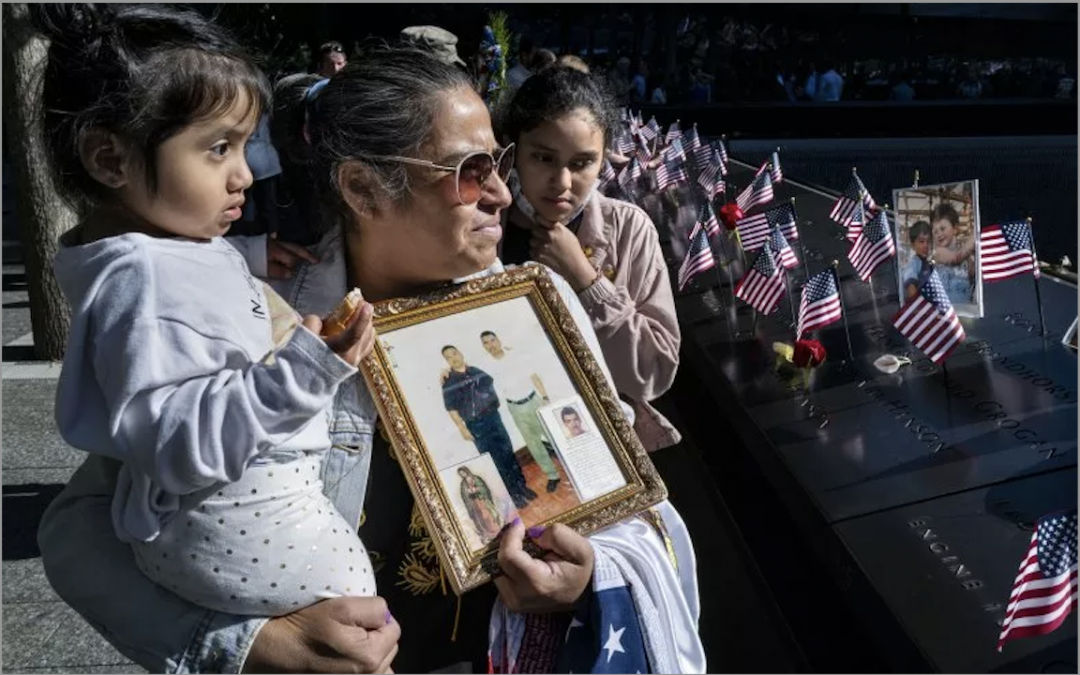 Sept. 11, 2001, is a date forever seared into our memories. To the families and friends of the 2,977 people who died in the terrorist attacks on the World Trade Center, the Pentagon, and on Flight 93 that horrible day, I am deeply sorry for your loss.

As a Hispanic man reflecting on this sobering anniversary, I want to take a moment to honor the specific sacrifices of Hispanics and Latinos.

As many as 258 Hispanics and Latinos are known to have died on Sept. 11, including Pedro Francisco Checo, VP of Investment Operations at Fiduciary Trust International, who worked in the South Tower of the World Trade Center and gave his life trying to save a colleague.

Among the hundreds of other Hispanics and Latinos who died that day, or in the years after from illness, were undocumented people who worked in delivery, service, janitorial, and construction industries in or around the Twin Towers. Many remain uncounted and unknown, but they should never be forgotten. I honor them for providing the essential services, without which our nation would surely flounder, and for building a better life for themselves and for their loved ones.

Soon after a plane crashed into the North Tower, a firefighter from Mexico named Rafael Hernández ran into the burning building, up 28 floors, and saved a pregnant woman who was going into labor, carrying her out before the tower collapsed. He spent months cleaning up the debris from the World Trade Center and died on Sept. 25, 2011, from his repeated exposure to toxins. I honor him for his sacrificial effort, and I honor all the Hispanic and Latino first responders who worked alongside him, day after day, to recover the wounded and deceased and to clear the site so that our nation would emerge stronger.

Of course, this is not an exhaustive list of the Hispanic and Latino men and women who perished on Sept. 11 or in the days, weeks, months, and years that followed.

When our nation declared it would go to war against terror, many Hispanics and Latinos bravely answered the call and enlisted in the military, and many paid the ultimate price while fighting to preserve freedom at home and abroad.

Tragically, we saw this yet again last year when 11 Marines, one Navy sailor, and one Army soldier were killed by suicide bombers and gunmen who attacked the Hamid Karzai International Airport in Kabul. Of those Marines, four were of Hispanic or Latino heritage. I honor Corporal Humberto A. Sanchez, Lance Corporal David Lee Espinoza, Corporal Hunter Lopez and Sergeant Johanny Rosario Pichardo and their fellow service members who died while helping evacuate men, women, and children from Afghanistan.

May we never forget any of the contributions to our nation made by Hispanics and Latinos during and after Sept. 11, 2001. We are not, as some may believe, marginalized, oppressed victims. We are all Americans who grieve collectively today. And we remain committed to making this nation and this world safer and more just, creating a brighter future for all.

The Reverend Samuel Rodriguez is president of the National Hispanic Christian Leadership Conference, executive producer of “Breakthrough” with 20th Century Fox, a bestselling author and co-pastors New Season Church in Sacramento with his wife, Eva.